Medical esthetics have become very popular in recent decades. The demand for more minor invasive procedures involving minimal pain has driven many to find the perfect combination of non-surgical cosmetic treatments. The use of neurotoxins for medical esthetics is a relatively new subset of the aesthetic medicine field, but it’s growing rapidly.

So, how do they work? Neurotoxins block the release of a neurotransmitter called acetylcholine, which induces paralysis of the injected area. In addition, neurotoxins interfere with the transmission of nerve impulses between neurons (nerve cells). 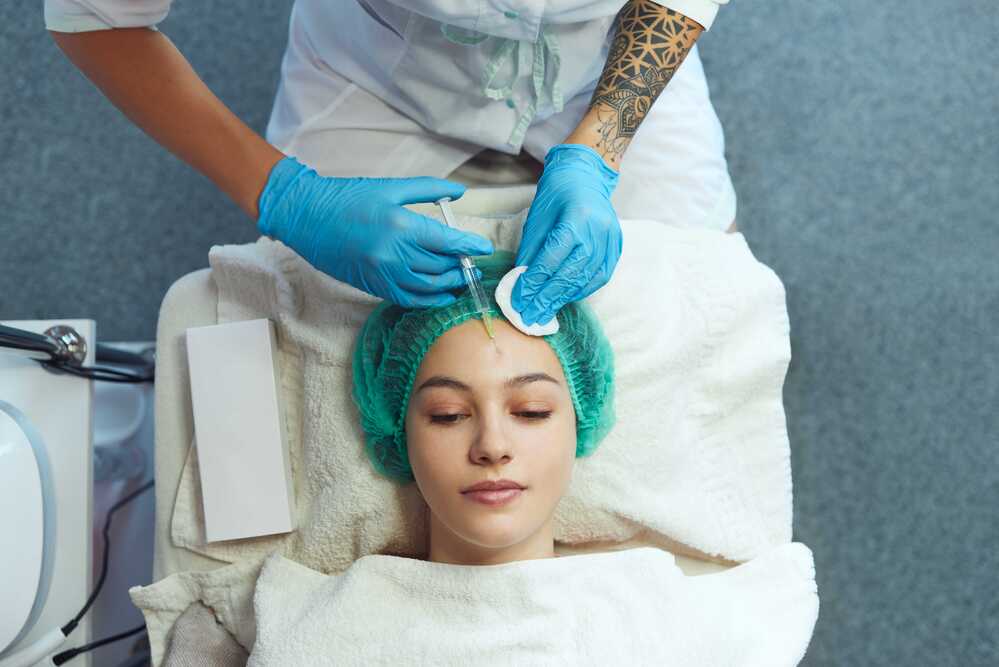 You may be asking, “Why would they prescribe neurotoxins for medical esthetics?” or “How soon can I expect results?” If you underwent such a cosmetic procedure, you’d notice noticeable difference in your appearance after your first session. Effects can last for three to four months before a retouch is needed.

We will highlight the types and uses of botulinum toxin for improving your appearance and achieving that youthful look through aesthetic treatment. In addition, you’ll learn about the types of conditions neurotoxin injections can treat.

What is Botulinum Toxin Type A?

Botulinum Toxin Type A (BTX-A) is the most clinically studied and widely-used neurotoxin. It has also been approved by the Food and Drug Administration (FDA). So, what does it do? Botulinum Toxin Type A’s primary function is blocking the release of the neurotransmitter acetylcholine, which transmits communication between one nerve cell and another.

How does it work? When BTX-A binds to receptors on the presynaptic neuron, it prevents acetylcholine from binding with those receptors and starting a chemical reaction that would release the molecule acetylcholine.

What are the side effects? BTX-A has few side effects, but they include temporary weakness or blurred vision and typically last for less than three months. These effects can be controlled by adjusting your dosage.

What Kinds of Wrinkles Can Botox-Type Injectables Treat?

Botox injectables treat facial wrinkles. The best areas to treat are those with superficial muscles or muscles close to the skin’s surface.

Side effects are associated with both products. They include ptosis (droopy eyelids), discomfort, headache, flu-like symptoms, and more. Patients are also at risk for developing antibodies to either toxin, which would necessitate higher concentrations as treatment progresses.

There are some differences to consider, though. Botox has the same protein as Dysport, but it's present in much smaller amounts. Dysport also lasts longer, so patients see better results for a longer period of time.

There's no doubt about it--both Botox and Dysport are effective treatments for patients with wrinkles and/or hyperhidrosis (excessive sweating).

Xeomin and Botox are neuromodulators that reduce muscle activity by blocking nerve impulses. However, Xeomin has a different chemical structure than Botox and therefore possesses a different safety profile. On the other hand, Botox contains Botulism Toxin Type A and therefore poses a higher risk in terms of its side effects.

Botox typically takes two to three days to begin working, but some of its effects may take seven days to materialize. Xeomin starts to take effect within two weeks. The results of Xeomin last around three to four months, while Botox's effect can last up to six months. In terms of cost, Xeomin is a cheaper treatment than Botox.

What to Expect During Treatment

To receive the Botulinum Toxin A injection, you must schedule an appointment with your dermatologist or plastic surgeon. Next, you’ll discuss whether Botulinum Toxin injections are appropriate for you and what effects you might expect, as well as the risks and the costs of neurotoxin treatment.

You may experience minimal discomfort during the injections, but you’ll probably be allowed to resume normal activities immediately after treatment. Still, even though there’s little downtime, it’s recommended to avoid strenuous exercise for 24 hours after treatment.

Before commencing treatment, a pre-treatment consultation is required. The objective of the consultation is to assess your suitability and inform you about how to prepare for treatment. In addition, you’ll learn about how you can plan for a comfortable and pleasant treatment experience.

Contact your dermatologist to book an appointment at a convenient time for you and to discuss the consultation fee.

During your procedure, the standard dosage of botulinum neurotoxins will be applied to both sides of the treatment area (such as frown lines between the eyebrows). The neurotoxins will be injected into the relevant muscles. This may cause some temporary redness and swelling, but that should dissipate within a few hours.

During the procedure, anesthesia may be provided to boost the neurotoxin’s effects temper pain. Some patients experience numbness, tingling, and a mild burning sensation at first, but those effects usually disappear as the anesthetic wears off.

You should be able to resume your regular schedule 24 hours after treatment.

How Long Do the Results Last?

Most neurotoxins can paralyze muscles for some time, but the duration can vary. In general, paralysis lasts anywhere from three to six months. As a result, neurotoxins must be administered frequently to maintain the desired muscle relaxation and absence of facial wrinkles. In addition, you may need to visit your dermatologist or plastic surgeon for frequent follow-up treatments.

What Else Can Neurotoxins Help With?

Neurotoxins are not only helpful for their cosmetic uses, but also for other conditions such as migraines and excessive sweating. Neuromodulators can induce analgesic effects and ease pain caused by treatment.

These neurotoxins block the release of Substance P, a pain-inducing neurotransmitter. For patients suffering from migraines, doctors inject small amounts into certain spots of the head and neck to ease the pain.

In addition, patients with anxiety disorders could benefit from a small dose of botulinum toxin injected into the trapezius muscle. Researchers are currently studying the benefits of neurotoxins for patients with Parkinson’s disease and obsessive-compulsive disorder.

As the human population grows older, dermatology treatments and alternative skin care solutions are increasingly sought after. Patients are suddenly prioritizing rejuvenation over drastic measures like plastic surgery. While there are many products available in the ever-growing medical esthetics market, neurotoxins are the latest rage.

The best way to determine which neuromodulators could best treat your condition(s) is to discuss your options with a qualified medical esthetician or dermatologist at your local aesthetic practice.